Bala is the latest Indian Bollywood Hindi comedy film of 2019 about the social problem of premature baldness. Ayushmann Khurrana is essaying the title role with Bhumi Pednekar and Yami Gautam as lead actresses. Amar Kaushik directs the movie. Dinesh Vijan is producing the film under production company Maddock Films. You can find the full movie details below with the box office collection.

Bala is the 3rd movie of Ayushmann in 2019 after the two Super-hits Article 15 and Dream Girl. Ayushmann, who is selecting different scripts in every flick, played the character of a young man suffering from the social problem of baldness at a young age.

The story starts with Bala, who is a Kanpur resident having long shiny hair at birth. He gains popularity among school girls for his looks and even mocks his tutors for baldness. But soon, he begins to lose hair daily. He tries everything possible to make hair grow again with the home remedies along with the ayurvedic treatment. Failing to make his hair grow, he finally settles with a wig and tries to impress his girl Pari (Yami Gautam). Will he succeed in it, or will karma make a turn forms the rest of the story. 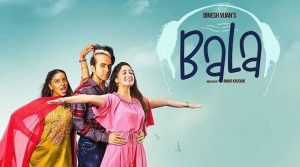 The official trailer got released on 9th October 2019. The trailer became trending online for many days. Bala promises to be a fun entertainer and needful film for many people suffering from premature baldness. The movie is set in Kanpur and also shot in Mumbai and Lucknow. The three-minute trailer has comic dialogues by the cast and Bala’s struggle to cope up with his situation. 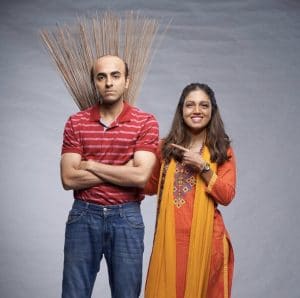 Bala is well made comic entertainer with some stellar performances by Ayushmann, Bhumi, and Yami Gautam. The supporting cast is well balanced and generates more fun for the audience. Amar Kaushik succeeds again after his last super-hit Stree in spite of the flaws. The screenplay by Niren Bhatt is the backbone of this fun entertainer. Ayushmann gets his third hit of the year and his seventh in a row. Do watch the movie in theatres as it is addressing an important concept, not only in India. 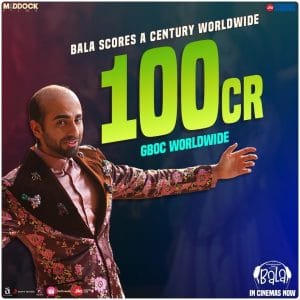 The movie has added ₹ 18.5 Cr from the second weekend taking its tally to nearly ₹ 91 Cr in India. Bala crossed ₹ 100 Cr net in India on its third Friday. The movie became the third 100 Cr movie of Ayushmann’s career. The total collections after third weekend is ₹ 105.8 Cr in India.