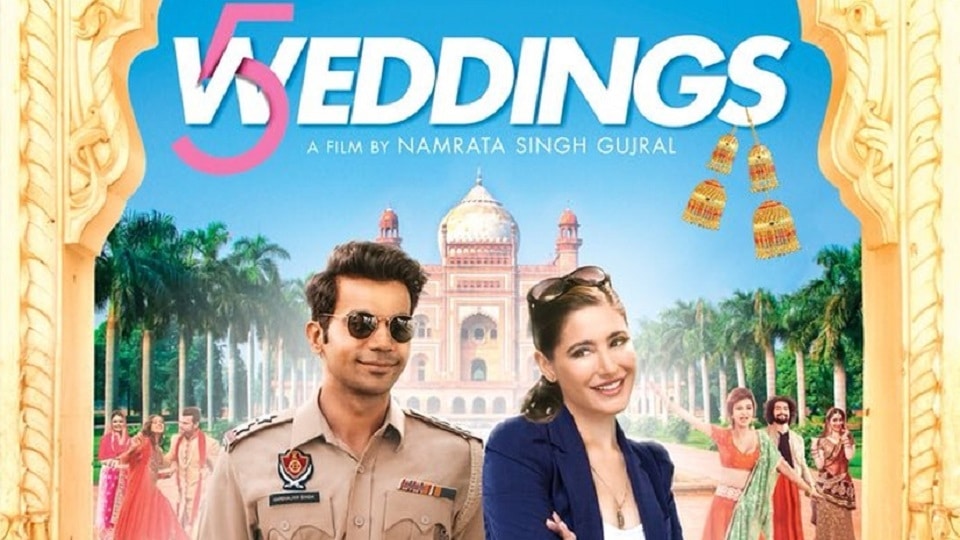 5 Weddings are another concept film about an American journalist traveling to India and to shoot a documentary of Bollywood weddings. With this, he plans to uncover different wedding cultural of India. During his journey, she meets his lost loves & travels with him to different destinies.

The movie starts with Shania Dhaliwal a Journalist from California visits India to cover five Indian weddings as his project. The major difficulty she faces is to research about the wedding culture which gives her a tough time to shoot the 5 Punjabi weddings.

The move clearly shows more of Punjabi culture and their wedding and less of acting. We expected to see Rajkummar (Harbhajan) doing some great acting, but the story and the dialogs of the movie could not catch with his talent. The move does not make sense, to create some funny moments.

Rajkummar’s acting has given some extra starts to the movie. Also thanks to amazing actors like  Bo Derek, Candy Clark, Anneliese van der Pol also saves the movie with their good acting skills. This movie is a one-time watch movie, but missing it won’t be a loss.