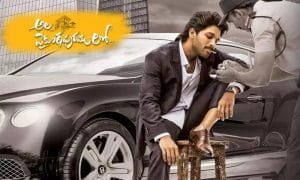 Ala Vaikuntapuramlo is an upcoming 2020 Telugu-language action drama film. The film stars Allu Arjun and Pooja Hegde in the lead. Trivikram Srinivas directs this family drama. Allu Aravind and S. Radha Krishna are producing the film. Ala Vaikuntapuramlo marks the third collaboration between the actor-director duo after Julai and S/O Satyamurthy. S.S Thaman scores the music for the film. The film is slated for the release in Telugu and Malayalam during Sankranthi festival early next year.

Ala Vaikuntapuramlo Movie Details – Cast & Crew, Songs and much more 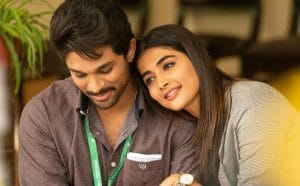 S Thaman is scoring the music for Ala Vaikuntapuramlo. The film is his second collaboration with Trivikram Srinivas after Aravinda Sametha Veera Raghava. S Thaman is giving super hit songs for the past two years, and the fans are expecting some chart-buster numbers coming from him.

The first glimpse of the song got released on 25 September 2019. The full song released two days later. It had Sid Sriram performing the song along with the musicians’ band. The song became viral instantly due to its beautiful lyrics by Ramajogayya Shastry and unusual composition by S Thaman. The song went onto become the most liked Telugu song on YouTube.

The second song teaser ‘Ramuloo Ramulaa’ released on 21 October 2019. It has lyrics by Kasarla Shyam and sung by Anurag Kulkarni and Mangli Satyavati. The full lyrical video song got released on 25 October 2019. The song became the most viewed South Indian song in 24 hrs with 8.3 million views on YouTube. It is the fastest Telugu song to reach 50 million views.

The song teaser of ‘OMG Daddy’ released on 14 November 2019 on account of Children’s Day. The teaser featured the kids of Allu Arjun humming and dancing for the song.

The full song is scheduled to release on 22 November 2019, and the makers announced the same with an exclusive poster of the song.

This song is a stylish number compared to the other two songs. The lyrical video song also has a hook step and is called the  #OMGDaddyHookMove. It is likely to continue the magical music journey of Ala Vaikuntapuramlo by S Thaman.

Ala Vaikuntapuramlo is scheduled to release on 12 January 2020 in Telugu and Malayalam languages.