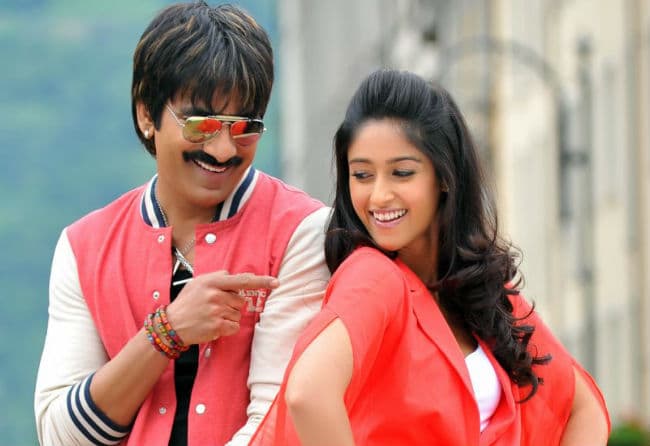 Amar Akbar Anthony is a 2018 Telugu movie featuring Ravi Teja playing 3 main character that is Amar, Akbar & Anthony. This is Ravi Teja’s 4th Action Thriller movie under Sreenu Vaitla direction. After such a long waiting we are finally seeing Illena back in the Telugu movie industry with this movie. Apart from action, we are also going to witness an amazing comedy with Vennela Kishore and others. below in this article, we will cover Amar Akbar Anthony Box Office Collection.

We do not support piracy as watching or sharing a link to download movies is against the law. It is always better to watch movies in Theater to get true experience about the movie.

We always encourage you to support an anti-piracy campaign because the movie industry adds a lot of efforts for making the movie.

Both Ravi Teja and Srini Vatla are in troubles without a successful film for some time. They have created a huge hype by aggressive marketing for this movie. Due to this hype, there were huge expectations on this film from the Audience. But seems that the film failed to meet those expectations with an average routine story and a similar result in other areas.

Ravi Teja’s performance as Amar is excellent, he is able to justify the role very well. His performance in other two characters Akbhar and Antony does not seem natural though the comedy is okay to an extent. With this film, Ileana D’cruz is back to Telugu Movies after a long time. Though she seems to gain some weight, she looked beautiful and her performance is eye-catching. After some gap, Sunil stated to play comedy roles, but it seems the Director is not able to utilize his talent well in this movie. After a long time, Shinde got a good role and he has done well in his role of Jalal Akbhar. The other actors including the three Villians Tarun Arora, Aditya Menon, and Vikramjeet performed decently.

This a routine Revenge Drama is stitched with some scenes from New York City Dropback. The Story is not able to live up to the expectations of the audience. The comedy which is a typical trademark of Ravi Teja’s movies also is not great though it is okay on bits and parts. The lyrics by Taman are okay and the background score is good. The most interesting aspect of this movie is its Cinematography, every frame is beautiful and Lavish, and the Editing is fine, if not great. Producers spent well to make a rich film, but we need to wait and see whether this film will make enough money at the box office. Based on the initial feedback it seems difficult.

This movie is an Average one-time watch movie. for those who are a big fan of Ravi Teja will definitely love to watch this movie the drawback we found in this movie is the monotonous comedy seen in his film. below is our Amar Akbar Anthony rating