In the below article, you can find the complete details of Dhanusu Raasi Neyargale’s movie. 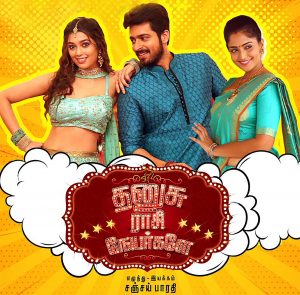 Arjun is a Dhanusu Raasi boy working as an automobile mechanic. He is in search of a girl for marriage. Also, he is very superstitious as he checks the horoscope before deciding anything. As per the suggestion of an astrologer, he wishes to marry a girl with Virgo (Kanya Raasi) sign to have a bright future. So, he keeps on asking the sun signs of every girl he meets and rejects everyone on not finding a matching horoscope. His mother advises him to love and marry someone. Will Arjun find his dream girl with Virgo sign, and what are the hurdles faced by him is the rest of the plot. 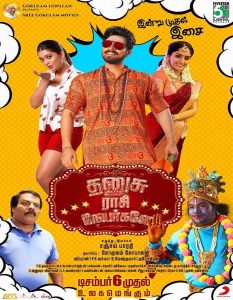 Also, get all the latest Tamil Movie News here.

The first teaser of the film got revealed on 18 November 2019. The teaser promises the movie to be a fun romantic entertainer. Debut director Sanjay has proved to be a good director with good story & dialogues.

The official trailer got released on 28 November 2019. The trailer features the lead’s desperation to get a good horoscope girl for marriage and the hurdles faced by him on the search.

I Want A Girl

The first lyrical song “I want a girl” released on 7 November 2019. The song is sung by Anirudh Ravichander and Ghibran with lyrics by Ku Karthik. Ghibran has composed the music. The official video song was also released yesterday evening. 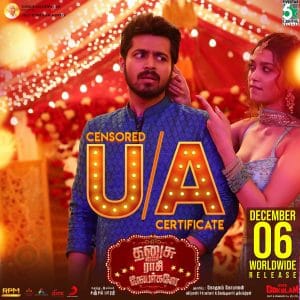 Harish Kalyan has become the girl’s heart-throb after his last two romantic superhits Pyaar Prema Kaadhal & Ispade Rajavum Idhaya Raniyum.  His latest film with Sanjay Bharathi is also in the same genre and is expecting to continue his successful second innings after his appearance on Big Boss Tamil show 2017. Looking at the teaser, trailer, and songs, Dhanusu Raasi Neyargale is sure to entertain and is hitting screens this week on 6 December 2019.