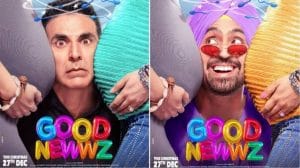 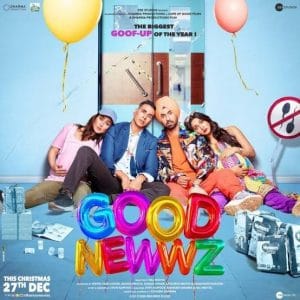 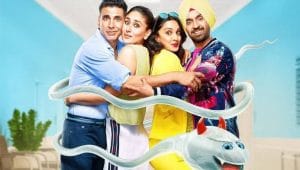 Varun and Deepti Batra are a working couple based in Mumbai. They are having problems in their sexual relationship as they are unable to have a baby. They consult a doctor who advises them to go for IVF (In vitro fertilization). They get to meet another couple Honey and Monika Batra during the process. Their fate gets tied up as the doctor messes up things by interchanging the sperms of each couple. What trouble ensues further in their life is the rest of the plot.

The official trailer got released on 17 November 2019 and went on to become a massive hit on YouTube. It is a complete package of comedy and family emotions filled with comic one-liners. The trailer has been viewed over 70 million views to date.

The official second trailer was also revealed last week and introduced much more fun offered in the film. 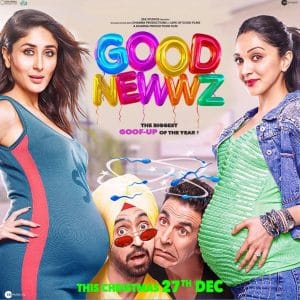 Good Newwz started production in December 2018 and wrapped up in April 2019. The movie was supposed to release on 6 September but was later pushed to 29 November. It again got pushed to year-end. The official posters released on 14 November revealed the release date as 27 December 2019 two days after Christmas. Good Newwz is all set to end 2019 on a blockbuster note.

Good Newwz is definitely one of the movies audiences were expecting this season. Thanks to its trailer and chartbuster songs, the film has made the headlines for the past few weeks. It has hit screens today and is looking to end the year on a high note. 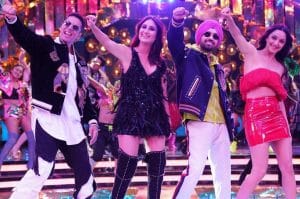 Good Newwz is a sure shot hit with brilliant performances from the lead cast. The excellent writing, outstanding humor with quirky one-liners, and wholehearted emotions are the main aspects of the film. Director Raj Mehta has handled the script maturely and doesn’t feel like a movie by a debutant. The length of the film is a big plus. The songs are also apt to the screenplay, especially “Sauda Khara Khara” and “Chandigarh Mein.”

Akshay Kumar has come out of his recent patriotic stereotypes & he stands out with his comics and also in emotional scenes. Kareena Kapoor Khan is incredible as she looks stunning and gives a heart-warming performance. Diljit takes the movie into a whole new level after his entry, and Kiara too impresses with her humor and emotions. Adil and Tisca have also justified their roles.

Overall, Good Newwz surely entertains the viewers this festive season with an emotional chord and will grandly end 2019. It will be the primary choice of this week’s releases mainly for urban duo and youngsters. 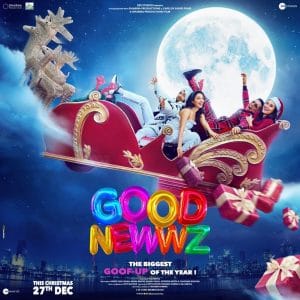 Good Newwz started on a good note on its opening day with excellent occupancy in multiplexes in Northern circuits. The movie collected around ₹ 17.56 crore net on day 1. It gathered momentum in mass circuits from day two and collected ₹ 21.78 crores. On its first Sunday, Good Newwz biz jumped up 50% from Friday and collected ₹ 25.65 crores to take its 3-day opening weekend tally to nearly ₹ 65 crores in India.
Good Newwz is also doing well in Overseas with over $ 3 million gross in the opening weekend. The movie has started on a good note on today’s morning shows and is expected to cross ₹ 100 crore mark on New Year. Akshay Kumar is having a great year at the box-office with 4 super-hits in 2019.

Tune in for the daily updates on Good Newwz weekdays box-office collections.