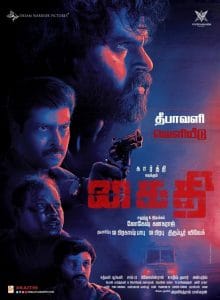 Kaithi is a 2019 Tamil-language action thriller film. Written & directed by Lokesh Kanagraj of Maanagaram fame, the movie stars Karthik in the role of a prisoner, i.e., the title itself. S.R. Prakashbabu and S.R. Prabhu produced the film under Dream Warrior Pictures with Thiruppur Vivek of Vivekananda Pictures co-producing it. Sam C S. Sathyan Sooryan composed the music score handled the cinematography. The movie released on 25 October 2019 along with Vijay starrer Bigil on Diwali weekend. After receiving highly positive reviews from critics and the audience, the film became the highest grosser in Karthi’s career and one of the biggest hits of 2019.

In the below article, you can find the details of the movie and Kaithi Tamil Movie Box-office Performance. 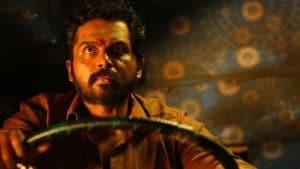 Inspector Bejoy & team of Special Task Force seized a truck full of drugs from a smuggling group. The drugs belong to a smuggler head Aadaikalam, whom none of the police officers have seen. Anbu, Aadaikalam’s brother, gets to know about the seizure of drugs and plans to capture Bejoy & team to kill them, get their drugs back. A police officer from outside helps Anbu in executing his plan. With the help of a lower grade officer, Anbu intoxicates drinks at an official’s retirement party. Everyone gets poisoned by the drinks except Bejoy, who was on medication. To save the life of all the intoxicated officers, Bejoy asks an ex-prisoner Dilli captured earlier on the suspicious behavior to help him and drive the lorry. Dilli refuses to help him as he wishes to meet his unseen daughter staying at a hostel after Dilli’s wife’s death. After Dilli’s refusal, Bejoy threatens to permanently vanish his daughter from the hostel she stayed after Dilli went to jail ten years ago. Dilli offers to help him. Bejoy, along with workers, loads all the unconscious officers onto the lorry.

Bejoy and Dilli board on lorry along with helper Kamatchi, who knows the route inside the forest area, to take them to the hospital safely without getting into the hands of Anbu’s gangsters. Another group of gangsters headed by Anbu tries to break into a police station where the drugs are hidden. Anbu also tries to save his brother Aadaikalam who was captured by police unknowing his identity. On Bejoy’s instructions, a constable, along with some students in the station, secure the entire police station. Will Dilli and Bejoy be able to save the officers’ lives from the gangsters on the way and will the alone constable be able to keep safe the drugs from Anbu & his gangsters form the rest of the plot. 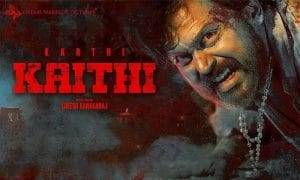 Kaithi is a must-watch for its brilliant screenplay and performances. Karthi has excelled with his acting in this action thriller. He looks rough & rugged, hitting all the gangsters coming along the way. The other cast, along with antagonists, are perfect in their roles. Sam C.S is the real gem of the film providing adrenaline bgm for a movie without an actress and songs. Sathyan Sooryan is another craftsman for the movie who triumphed in presenting the movie shot during nights only. Lokesh Kanagraj has brilliantly showcased the story in an emotional, humorous, and deadly way. Kaithi will undoubtedly remain one of the best works of Lokesh’s career.

The movie ends with a hint for part 2 as one of Aadaikalam’s men says a man named Dilli was responsible for everything that happened over that night who had no connection at all. Aadaikalam responds by telling that he does have a connection with it. 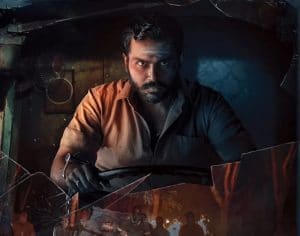 Kaithi opened with a fierce competition alongside another biggie Bigil of actor Vijay. The film managed to collect above ₹ 3.5 crores on its opening day. It remained steady over the weekend and collected ₹ 11 crores in 3 days. After the first week, the movie collected ₹ 25 crores in Tamil Nadu. The film continued its glorious run throughout and collected over ₹ 50 crores from Tamil Nadu.

Kaithi was also dubbed into Telugu as Khaidi and grossed nearly ₹ 20 crores from the Telugu states. The film also did exceptional business in Overseas markets too. The total worldwide gross collection has crossed ₹100 crore mark to date.

Kaithi is the first ₹100 crore grosser of Karthi‘s career.

Kaithi is currently streaming online legally on the Hotstar platform.