Marjaavaan is a 2019 Bollywood action drama film which is written and directed by Milap Zaveri. The film stars Siddharth Malhotra, Ritesh Deshmukh, Tara Sutaria and Rakul Preet Singh in prominent roles. Nassar and Ravi Kishan have played pivotal roles in the movie. Tanishk Bagchi, Meet Bros and Payal Dev have composed the music with Sanjoy Chowdory scoring background music. Bhushan Kumar and Nikhil Advani are co-producing the film under T-Series and Emmay Entertainment production companies. The movie is about to release on 15th November 2019. Below you will find the details of Marjaavaan full movie download. 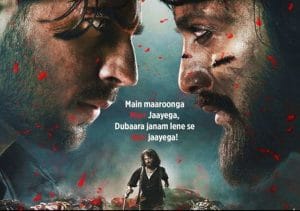 Looking at the trailer of the film, one can tell it is an emotional action movie set in the 1980s. Narayan Anna, who handles the water mafia in Mumbai, brought up an orphan child Raghu (Siddharth Malhotra) as his wish since his own child Vishnu (Ritesh Deshmukh) is a dwarf. Soon Vishnu doesn’t feel right about Narayan Anna’s obsession on Raghu. The story takes turn when Raghu meets Zoya (Tara Sutaria) and what Vishnu does to turn their world into a roller-coaster ride.

The trailer released on 26th September 2019 on social media platforms. It has a mix of a high dose of action, romance and mass dialogues which be a great plus to catch the attention of the mass audience. The trailer has gained over 42 million views on YouTube. 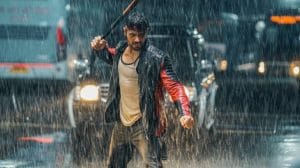 Siddharth Malhotra will be seen in an action avatar in the movie. Initially, Marjaavaan was supposed to hit the screens on 2nd October 2019. Later Siddharth mentioned a delay in the release to avoid a clash with Hrithik Roshan and Tiger Shroff’s action film WAR. Soon a poster was released by Sid with a fresh release date as 8th November 2019. Later the film was pushed by a week further to facilitate the release of Ayushmann Khurrana’s film Bala. The movie will hit screens on 15th November 2019.

Marjaavaan opened to mixed reviews from the critics and the audience. The film managed to do well in mass circuits and got an average response at the multiplexes. The movie got an opening of ₹ 7.03 Cr on the first day. It added ₹ 7.21 Cr and ₹ 10.18 Cr on Saturday and Sunday respectively. On weekdays, Marjaavaan collected ₹ 13.45 Cr from Monday to Thursday taking its first-week tally to ₹ 37.87 Cr in India. After the second weekend, the total collection fo the film stands at ₹ 42.92 Cr.

The proper way to watch Marjaavaan Full Movie is to visit your nearest theatres. Please enjoy the hard work put on by many people on the big screens itself. Or watch it on legal streaming websites after a few months of theatrical release. We do not encourage piracy as it is illegal to download and share movies online. You are advised to keep away from piracy websites listed below

Marjaavaan movie will be released on online platforms after its release on 15th November 2019. Make sure you select the legal way to stream the film. Here are a few legitimate streaming websites where Marjaavaan movie may get streamed.