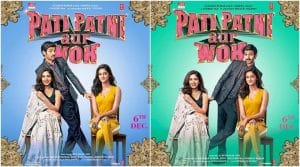 Pati Patni Aur Woh will be released in theatres worldwide on 6 December 2019. 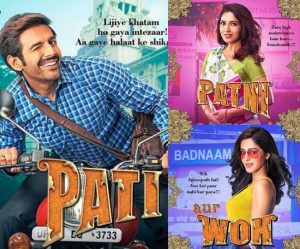 Abhinav Tyagi is an ordinary man whose life has become a mess after listening to the words of his parents about his career. Abhinav starts to work at a Government office. Later, he gets married to a girl, and they begin to live happily together. One day at his workplace, he gets to meet a client Tapasya Singh and instantly gets attracted to her. While on their work, they start to like each other. Tapasya comes to know that he is a married man. Abhinav knowingly lies, although he is married, he is not living a happy life. While they get closer to each other, Abhinav’s wife starts getting doubts about her husband’s behavior and starts investigating about that. Will Tyagi realizes his mistakes, or will he continue to be with Tapasya is the rest of the tale. 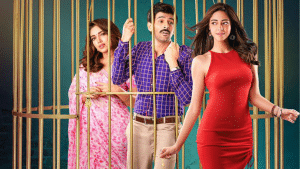 Ankhiyon Se Goli Mare is recreated from the original song from the movie Dulhe Raja by composer Tanishk Bagchi with Mika Singh and Tulsi Kumar singing the new version.

Tony Kakkar and Neha Kakkar have sung this peppy number composed by Tanishk Bagchi. The song has topped the music charts with 33 million views on YouTube. 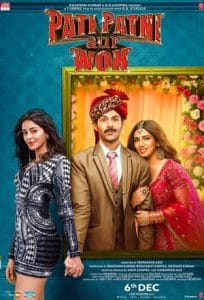 Karthik Aaryan has emerged as one of the leading stars in Bollywood. His last films Sonu Ke Titu Ke Sweety and Luka Chuppi, emerged as box-office super hits. Now, he is coming up with a romantic entertainer Pati Patni Aur Woh, with Bhumi Pednekar and Ananya Panday. The movie will be released worldwide on 6 December 2019, clashing with Arjun Kapoor-Kriti Sanon starrer Panipat releasing on the same day.