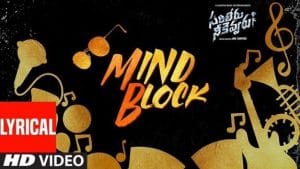 Sarileru Neekevvaru is an upcoming 2020 Telugu action-comedy film. Being directed by hat-trick director Anil Ravipudi, the movie stars Mahesh Babu and Rashmika Mandanna I lead roles. Lady superstar Vijayashanthi is also playing an essential role in the film. Sarileru Neekevvaru has a huge star cast and is creating massive expectations among the audience. Mahesh Babu is essaying the role of Army Major for the first time on screen. The film is nearing completion of its talkie part with few songs left to be picturized abroad. Now, the makers have started promoting the movie with posters and teaser which released a week ago. Today, Sarileru Neekevvaru First Single is Out Now… 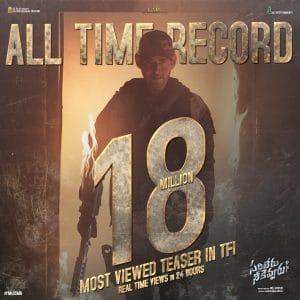 The teaser broke many records since its release. It has become the fastest and highest viewed Telugu teasers of all time with 18 million views in 24 hrs. Teaser was trending no #1 on YouTube for 123 hours. After the release of the teaser, the movie got voted as the most anticipated movies of 2020 on IMDB. The view count on teaser is nearing 25 million views on YouTube.

After the highly appreciated teaser, the makers announced a new update on songs to be released last week. On Twitter, the producer Anil Sunkara and music composer Devi Sri Prasad announced to celebrate every Mondays as in December #MassMBMondays revealing that five songs of the film are going to release on every Monday of December.

Let's make this December 🔥
with #MASSMBMondays 😎

Makers announced the first song titled “Mind Block” will be released today at 5.04 PM with a theme Poster yesterday.

The first single “Mind Block” released today. DSP promised superstar fans to give a mass song in the movie. Sung by Blaaze and Ranina Reddy, Mind Block song has lyrics by Shree Mani and DSP.