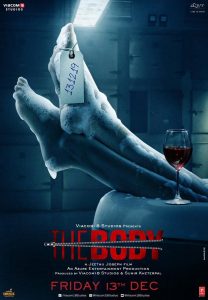 The Body is an oncoming Bollywood mystery thriller drama movie of 2019. It is the official adaptation of the 2012 Spanish film The Body. Jeethu Joseph directed the movie. Viacom18 Motion Pictures and Sunir Kheterpaul jointly produced the film. Emraan Hashmi, Rishi Kapoor, Sobhita Dhulipala, and Vedhika star in pivotal roles. The Body will release worldwide on 13 December 2019.

One night at a morgue, a body goes missing as reported by the security. An investigating officer gets this unusual case and starts to dig in. The officer comes to know the identity of the disappeared Body as Maya Verma, a powerful businesswoman. He interrogates Maya’s husband Dev Verma about the issue & asks to stay back at his office till he discovers Maya’s Body. Dev also has a girlfriend, and they together have murdered Maya by drugging her drink. Officer doubts about Dev and provides evidence to prove that he has killed Maya. Also, strange things get to happen at the investigating office, and Dev starts to doubt that Maya is alive. The mystery of whether Maya is alive & seeking revenge or someone else is trying to blackmail by getting to know Maya’s murder is to be found out on big screens. 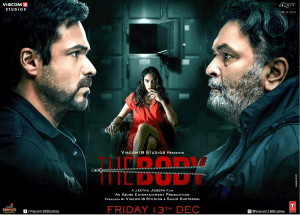 Also, get all the latest Bollywood news here 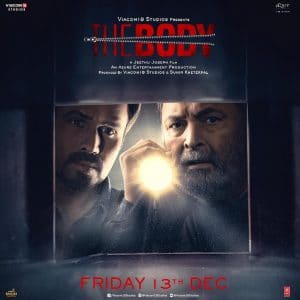 Emraan Hashmi’s last movie, Why Cheat India, was a bomb at the box-office. He starred in a Netflix web series Bard of Blood produced by Shah Rukh Khan. Now, he is coming up with a mystery thriller movie, The Body alongside Rishi Kapoor. Though the movie an official remake of Spanish film, The Body movie got modified into Bollywood nativity. The movie scheduled to release on a particular date, Friday 13 December 2019.