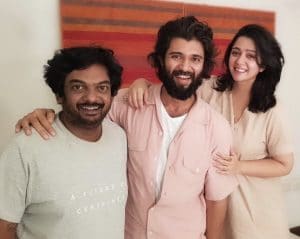 Vijay Devarakonda is the current heartthrob for many girls in the south and the beloved Rowdy to his fans. It is already known that Vijay has joined hands for a movie with sensational mass director Puri Jagannadh for the very first time. The news already created a sensation around the internet as Puri has made a strong comeback with the blockbuster iSmart Shankar last year featuring Ram in the lead. Vijay’s previous movie Dear Comrade was an average grosser, and he is also awaiting his next release World Famous Lover scheduled for 14 February 2020. Puri always gets the best and unseen avatars from his heroes and has proved it with many star actors across the industry. Now, his teaming up with Rowdy Vijay Devarakonda is also creating a huge buzz. Vijay Devarakonda – Puri Jagannadh Movie Starts Rolling today and fans are much eager to see the unseen avatar of VD on big screens soon.

The news on the actor-director collaboration started during August last year. The movie is said to be a romantic action entertainer with a martial arts backdrop. Vijay also flew to Thailand for specialised training on martial arts and supposed to have modified his look with a strict diet along with his austere training. 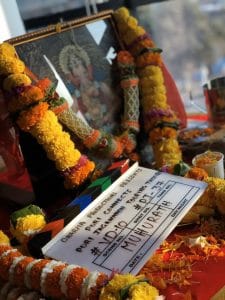 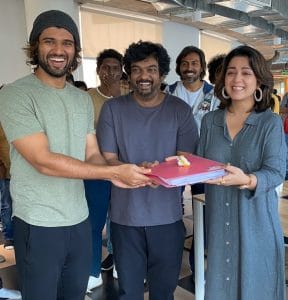 Now, the latest news is that the movie started rolling today in Mumbai with a formal pooja. It is going to be a Pan India film with Karan Johar and Apoorva Mehta producing the film along with Puri Jagannadh and Charmme Kaur.

Though the movie is not officially titled yet, it will be 10th fill of Vijay, i.e., VD10 and the 37th one for Puri as director. Fighter is said to be one of the considerations for the title. Charmme Kaur announced the news on her Twitter page today morning and also clapped the board for the first shot.

VD10 is being produced under Dharma Productions, Puri Connects & Puri Jagannadh Touring Talkies and Dharma Productions will be presenting it. The movie will release in all South Indian languages along with Hindi version. 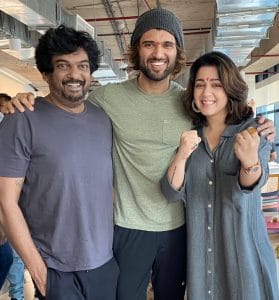 The cast also includes Ramya Krishnan, Ronit Roy, Aali, Vishu Reddy. The announcement on the leading actress is still awaited. As per the latest buzz, the newbie sensation Ananya Pandey will be romancing with Vijay Devarakonda in the movie.

Stay tuned for the latest updates of the movie.

The Best Adult One Line Jokes That Always Make Me Crack