F2 is a Telugu Romantic Comedy Starring Venkatesh Daggubati, Varun Tej, Tamannaah Bhatia, and Mehrene Kaur Pirzada and directed by Anil Ravipudi. Devi Sri Prasad (DSP) has composed music for this movie. After Venkatesh’s marriage with Tamannaah, Varun Tej also gets married to Mehrene thinking that he can keep the wife in control but both of them gets frustrated with the marital life which generates fun. We are bringing you the details about F2 Video Songs in this article.

F2 Fun and Frustration has a total of 6 songs as listed below. Following Video has the clips of F2 Movie Video Songs released by Dil Raju as a promotion

The first song in this movie is Rechhipodham, David Simon lend his voice to this song. The Song has a total duration of 3 minutes 44 seconds.

The second song from the movie and it is considered as the best song of the movie. ‘Honey is the best’ good lyrics with groovy music.

Devi Sri Prasad has composed Tollywood music for this song Entho Fun (meaning a lot of fun). Along with his music, he also sang this Song, while Shreemani has written the lyrics for this song.

The Other three songs in this movie are

F2 indicates Fun and Frustration and the trailer is quite amazing and Venkatesh Daggubati and Varun Tej’s looks stunning in this movie. With the charming look of actress Tamannaah Bhatia and Mehreen Pirzaad makes this movie more interesting. This movie is based on drama, romance, and comedy. Here is a full entertainment pack for Tollywood lovers on this Makar Sankranti. 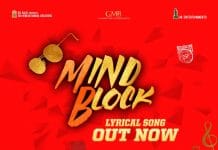 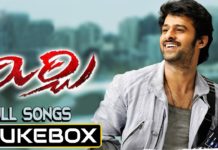