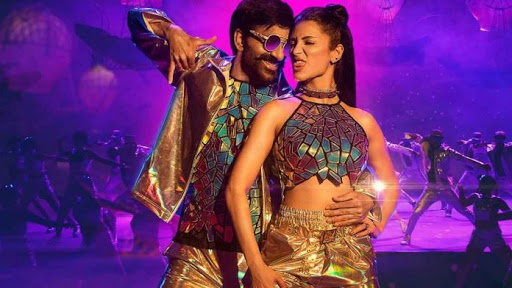 Mass Maharaja Ravi Teja’s Krack is the first release of 2021 in the theaters. Krack is an action movie directed by Gopichand Malineni. The movie cast includes Shruti Haasan, Varalaxmi Sarathkumar and Samuthirakani. This is Produced by B. Madhu under the Saraswathi Films Division banner.S. Thaman composed the music for this film. Krack was released on 9 January 2021. Below in this article, you can find the Krack Full Movie Download details online.

Shankar (Ravi Teja) is a police officer. He leads a happy life with his wife Kalyani (Shruti Haasan) and a kid. Shankar gets irritated when someone boasts about their ‘background’ and beats them to a pulp.

When one of his colleagues gets brutally murdered in Ongole, Shankar’s investigation leads to the local gang leader Kathari Krishna (Samuthirakani) and his lover Jayamma (Varalakshmi Sarath Kumar). The main story between Kathari Krishna and Shankar.

Director Gopichand Malineni, who is known for mass-oriented entertainers, has written a story that is quite predictable. However, he has given more importance to the narration.

The basic storyline revolves around a police officer trying to pin down a local leader, which was seen in umpteen number of films. But to repackage it in a glossy manner, the director has told the story with three elements – a mango, a rupee note, and a metal nail.

Thus the story unfolds with a terrorist narrating his story and how he had been put in jail by Shankar (Ravi Teja) with a petty mistake (Rs 50 note).

Later, another small rowdy lands in trouble, and he seeks the help of Kathari Krishna (Samuthirakani) when then narrates his fracas with the police officer and how a small nail brought his empire down. If not for this packaging, the story would have been a plain and formulaic fight between villain and hero. Shruti Haasan and Ravi Teja’s romantic thread is also lousy.

The Ongole backdrop and the ‘Kathari Krishna’ sequences might have added novelty, but the villain turns wimp within few minutes, thus diluting all the build-up. The twist to Shruti’s character also looks forced.