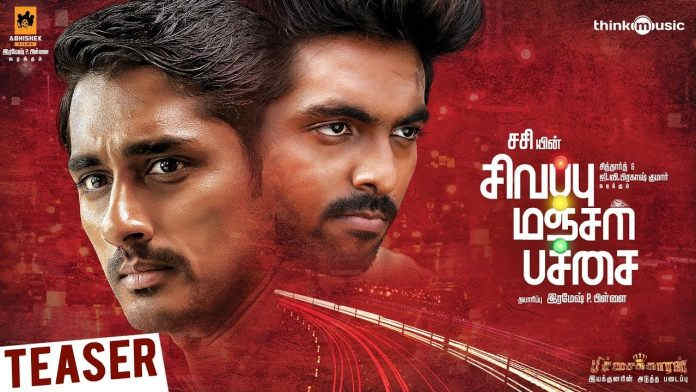 Sivappu Manjal Pachai is a Tamil-language emotional thriller film written and directed by Sasi. The film stars Siddharth, G.V. Prakash, Lijomol Jose, and Kashmira Pardeshi. The film is produced by Ramesh P. Pillai under the banner of Abhishek Films. Music composed by Siddhu Kumar. In the below-mentioned article, you will get the information about Sivappu Manjal Pachai Full Movie Details.

Siddharth and GV Prakash complement each other with roles that portray them in a new light and it’s refreshing to see them embrace their characters confidently. Whereas, Siddharth, in particular, brings in a lot of charisma to the cop’s role and he balances it well with an emotional core that gets explored in the second half. Prakash, on the other hand, is competent in the emotional scenes. Lijomol as Prakash’s sister makes a solid debut and her performance is devoid of the usual tropes that are associated with such roles.