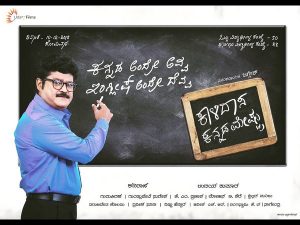 Kalidasa Kannada Meshtru is an upcoming 2019 Kannada-language comedy-drama movie. Jaggesh is starring in the title role with Meghana Gaonkar as the lead actress. Famous lyricist Kaviraj is making his directorial debut with the film. Uday Kumar produces the movie under his productions, Uday Films.

Kalidasa Kannada Meshtru is slated to release on 22 November 2019. 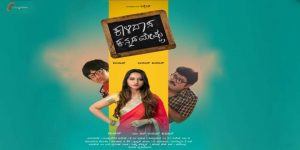 Kalidasa Kannada Meshtru movie tells the story of a Government school teacher Kalidasa. He is a hardworking and cool man but is often made fun of due to his poor English skills. His high-class wife is upset with their social status. When their government school faces the trouble of being shut down, Kalidasa takes the issue to the people all by himself. Rest of the story revolves on how he takes on the education system and the changes he wants in the education system from the government. 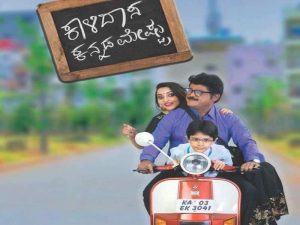 The first teaser got released on 19 September 2019. The teaser gives a brief introduction about the character Kalidasa played by Navarasa Nayaka Jaggesh. It seems Jaggesh has gone back to his golden days in the movies.

The official trailer got unveiled by Challenging Star Darshan on 21 October 2019. The trailer has comic scenes on Jaggesh, his wife and his profession. Jaggesh has one of the best comic timings in the Kannada film industry. It shows the serious side of the film on what happens to his loving family. And what he does to fight against the education system of the government. Kalidasa Kannada Meshtru trailer looks promising. Hope it has the same power to make the audience come to the theatres by its social appeal. The movie also has a song featuring 19 actresses in a particular song. 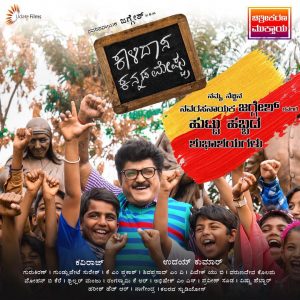 After finishing the post-production and censor formalities, Kalidasa Kannada Meshtru is ready to hit screens on 2 November 2019.