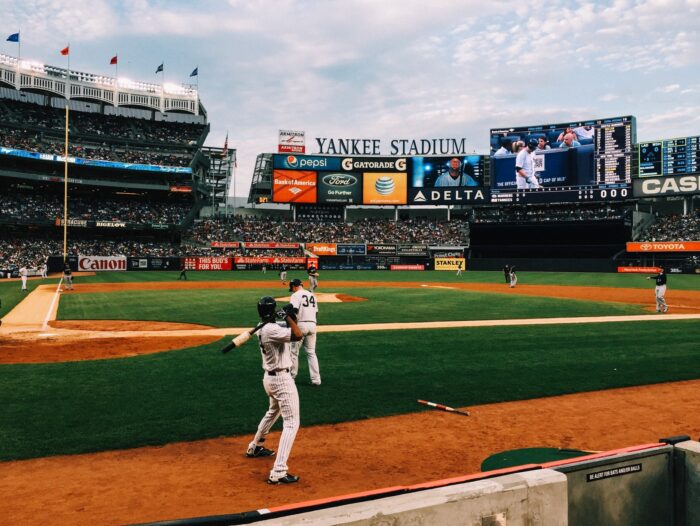 Games and sports have always been strong thematic choices for films. And if you are really keen to know about the recent news about sports, politics, and music you can check out ftpeopleusa.org. Good film-makers know how to draw these elements out and heighten them to their dramatic potential.

Take a look at these three minor masterpieces, each of which a cinematic great that lends attention to the particular game its narrative is constructed around. By capturing the subtle and specific qualities of each, they succeed in enabling us to see the magic of these games with fresh eyes.

Moneyball is a film centered on the intricacies of baseball management and stars Brad Pitt, Jonah Hill, and Philip Seymour Hoffman. It’s based on Michael Lewis’s 2003 non-fiction book of the same name which was an exploration of baseball team Oakland Athletics’s unorthodox strategy of using modern statistical analysis to construct a winning play roster.

The movie is a cinematic retelling of this story, following Oakland Athletics as they go from struggling down-and-outs to a rising and highly competitive team due to a shift in their management policy. Manager Billy Beane (Pitt) hires economics graduate Peter Brand (Jonah Hill) to apply his particular methodologies to the realm of baseball.

Brand, relying on raw empirical data to guide his decisions, takes a seemingly unorthodox approach to hire players and constructing a team that flies in the face of the conventional received wisdom of the baseball establishment. This causes a backlash among the more old school contingents of the Oakland ‘A’s, but when they start winning games against much larger teams, people are forced to concede the wisdom in his strategy. Moneyball is a highly idiosyncratic and engaging take on a baseball film, with a captivating nuanced narrative and star-power in spades to prop it up.

The 2006 James Bond film Casino Royale is host to one of the classiest card games ever committed to celluloid. We pay witness to a host of mysterious, sinister characters gathered around a luxurious felt table for a game of Texas Hold’Em, a Poker variant. This comes over as a great fit for the thrills and espionage of a Bond film as to play Texas Hold’Em well requires a skillful blend of strategies, tactics, and nuance.

The game takes place in a luxurious casino in Montenegro where Bond, played by Daniel Craig in his first outing as the legendary spy, is tasked with infiltrating and then winning a high stakes poker game. Why you may ask? The antagonist of the film is Le Chiffre, played by Mads Mikkelsen, who is on MI6’s radar for funding criminal organizations.

The goal of Bond donning his tuxedo in such a fine style is to cajole Le Chiffre into going toe-to-toe in a game of Hold ‘Em severe enough to bankrupt him and accordingly derail his nefarious activities. Things soon go awry, with Bond at one stage having to deal with a near-fatal episode of poisoning mid-game, before returning to the table, composure intact. With the usual host of amazing action scenes, car chases, gadgetry and romance it’s a tour-de-force and a solid entry in the Bond canon. 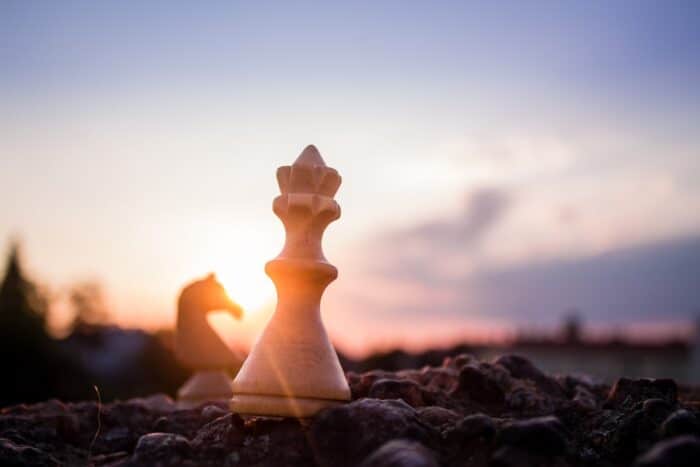 The Seventh Seal is a 1957 critically acclaimed classic film by Swedish director Ingmar Bergman starring Max Von Sydow. The film is set in the medieval period and centers around the experiences of a crusader knight who has recently returned to Sweden from his time abroad in the holy land.

Among the colorful accompanying cast is a grim reaper character referred to as Death, played by Bengt Ekerot. He visits the Knight on a windswept beach with the intent to take his life. Hoping to buy some time, the knight challenges Death to a game of chess. The film introduces us to a variety of other characters and unravels as a series of philosophical vignettes and parables on themes of life, death, and impermanence.

The chess game acts as a foundational metaphor for the rest of the film as the Knight and Death strive against one another for victory. It’s a powerful and poetic meditation on life and the linking of it to Chess, the ultimate game of depth and strategy, serves to strike a deep chord with us today.