In the below article, you can find the complete details of the movie. 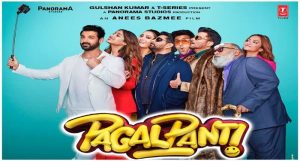 The story is of three men who are the ambassadors of lousy luck set out on tour. They try to make money by tricking the two gangsters along with their girlfriends. Will they successful in deceiving them and rob their money is the rest of the story.

The trailer surfaced on YouTube on 22nd October 2019. The trailer starts with a note stating ‘Dimaag mat Lagana Kyon ki inmein hai nahin!‘ which means ‘Don’t use your brains because they have none.‘ It is a blend of comedy, romance, and action with a touch of madness. The trailer looks promising with funny dialogues too. Currently, it has gained over 28 million views.

The song released on 24th October 2019. It is a recreation of Pyar Kiya To Darna Kya movie’s song of the same name. Tanishk Bagchi has given the music, which is sung by Mika Singh and Neha Kakkar.

The second song released on 1st November 2019. Thumka song is sung and composed by Yo Yo Honey Singh. 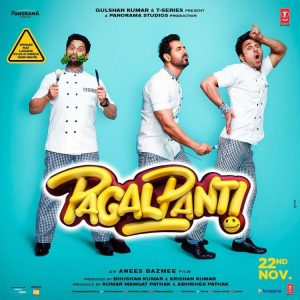 Initially scheduled to release on 6th December 2019, the makers preponed it by two weeks. The film is set to hit theatres on 22nd November 2019.