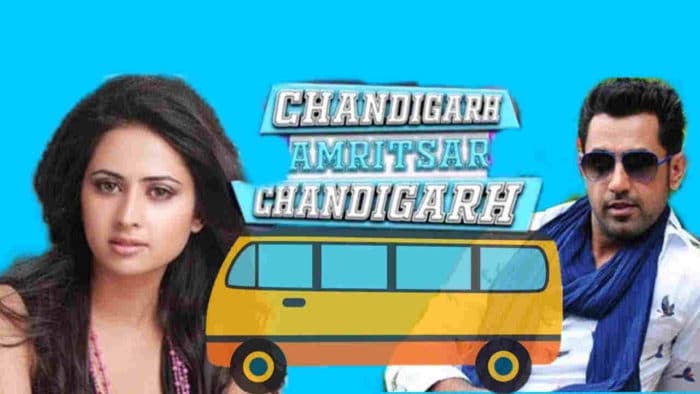 Chandigarh- Amritsar- Chandigarh starring Gippy Grewal and Sargun Mehta in the lead roles is an upcoming Punjabi romantic comedy movie. The movie is releasing on 24 May 2019. Directed by Karan Guliani and produced by Sumit Datta. The movie is about a girl (Sargun Mehta) who runs from her wedding and meets a complete stranger(Gippy Grewal) and is needed to spend a day with him. Will it lead to something we need to watch the movie to understand the same. In the article read Chandigarh- Amritsar- Chandigarh – ‘Chal Diya’ Song A Mix of Romance, Comedy, And Emotions.

‘Chal Diya’ Song A Mix of Romance, Comedy, And Emotions :

The Movie has all the things required for a complete entertainer i.e all the flavors of emotions. The songs of the movie add to all the romance, emotions and comedy involved. The production team is about to release a song titled ‘Chal Diya’. The song is a mixture of emotions. Written and sung by Ricky Khan. Composed by Jatinder Singh the song Chal Diya has the lead pair Gippy Grewal and Sargun Mehta sharing the screen. There is a lot of curiosity already as the Actor Singer Gippy Grewal was quoted saying “Chandigarh-Amritsar-Chandigarh is one my favorite projects of mine.

The actor- Singer also added “I believe music is a very important asset to the film. I am sure that this song ‘Chal Dila‘will surely make audiences to remember their loved ones.