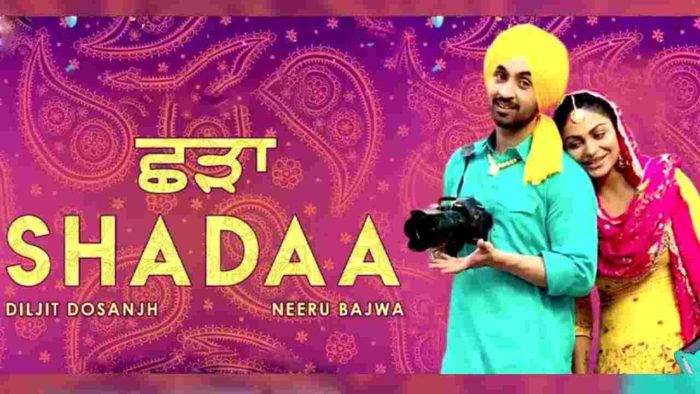 ”Shadda” is 2019 Punjabi movie starring Diljit Dosanjh and Neeru Bajwa in the lead roles. Brat Films have produced the movie and direction is of Jagdeep Sidhu. Shadda is a fun movie releasing on 21 June 2019. The music is by Nick Dhammu, JSL Singh, V Rakx. The story of the film is about a guy who is well past his marriage age and falls in love of a much younger girl. See Shadaa Trailer below.

‘Shadaa’ looks like a comedy movie where an older guy marries a young girl and there starts the drama where nothing goes as expected. Shadaa is a must-watch for the entire family as it looks like a total laugh riot and a complete entertainer. In the above article see Shadaa Trailer. Dosanjh plays a man from a small village in Punjab. later, he is looking for his better half for marriage. But he has crossed the eligible age of marriage. After one fine day, Dosanjh meets Neeru, who believes marriage is a beautiful feeling. The two get married, but things are not all beautiful with their married life. The filmmakers just dropped its hilarious 3 minutes long trailer.