Casinos are mysterious, intriguing places that spark our collective imaginations. This is perhaps the reason why screenwriters and directors have used the casino theme in a multitude of movies. Some of these movies have portrayed casinos as home to the finest food, clothes, and drinks, while some have shown them to be spaces where evil resides. In this article, we are going to look at 4 amazing Movies based around casinos that are considered stand-outs in this genre.

Casino is considered by many as one of the best casino-themed movies. Joe Pesci and Robert De Niro bring over the chemistry they had on Goodfellas and this partnership plays a huge role in making this movie amazing. In the movie, De Niro is supposed to be running a casino, but Pesci starts introducing criminal elements into its operations. The strength of this movie lies in the fact that it is based around real people as well as life in Las Vegas in the 1970s, including all the glamor that came with it. This movie also highlights the dark side of the casino industry in Las Vegas in this time period.

It is almost impossible to talk about casino-themed movies without talking about the Ocean’s trilogy. While the last two movies in this trilogy were not received very well, the first movie is regarded by many as one of the best casino-themed movies. The movie sees Danny Ocean (George Clooney) try to rob three casinos in Las Vegas at the same time. The movie is thrilling on its own, with lots of twists and turns that will keep you watching. It is also helped by the list of powerful stars on its roster, whose collective acting more than makes up for the few plot holes in the movie.

Leaving Las Vegas features Nicholas Cage as his best, with his ranging abilities helping many critics rate this as one of his best movies. Leaving Las Vegas focuses on two people who are going down the wrong path in life and who will self-destruct soon. Leaving Las Vegas is set in the city itself, and it features lots of casino sets which include various Vegas slots games, blackjack, and other games. The movie also does a great job of showcasing how beautiful Las Vegas is at night. The seriousness of the characters’ fate is brought out clearly by the splendid acting of Nicholas Cage and Elizabeth Shue. This is a sad movie whose impact you will feel long after the credits have finished rolling.

21 is slightly different from the other movies on this list, but it is nevertheless a thrilling casino-themed movie. 21 is based on the true story of the MIT Blackjack Team, a team of card counters who scammed different casinos for over 10 years before being caught. The actors in this movie include Kevin Spacey, Jacob Pitts, and many others.

While the above list is not exhaustive, it still includes some amazing casino-themed movies that everyone should watch. From the underground casino world in Casino to the sophisticated world of card counting in 21, there is something for everyone to enjoy. 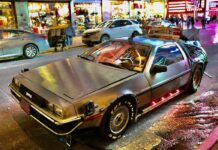