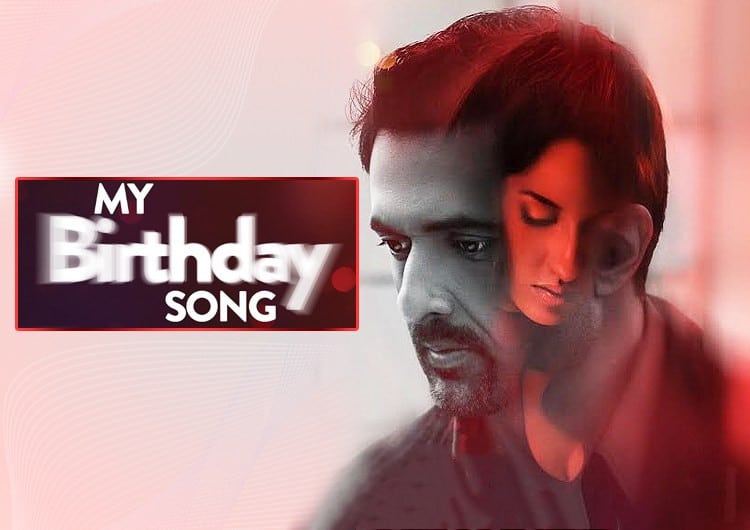 My Birthday Songs is a Bollywood psychological thriller film directed by Samir Soni. The movie is produced by Sanjay Suri and Samir Soni. In the lead roles are Sanjay Suri and Nora Fatehi. The supporting cast includes Ayaz Khan, Sameer Sharma and Zenia Starr. Samir Soni and Vrushali Telang have provided the Screenplay, while Rajeev V Bhalla has provided the Music. The film follows Rajiv (Sanjay Suri) is celebrating his 40th birthday with his friends. Later, he meets a stranger named Sandy (Nora Fatehi) and intimates with her. Then, the next morning he wakes up to realize that everything that he was experiencing was just a dream. Below this article, you will find details about My Birthday Song Full Movie Download and where to watch My Birthday Song Online.

But as the day progresses, the events that take place in his life. And, the people that he comes across asking him a question what happened last night, it was a dream or did it all actually happen.

Rajeev’s visit to a psychiatrist

Rajeev’s (Sanjay Suri) Visit to a  psychiatrist reveals the story of his 40th birthday party, he comes across an attractive lady Sandy ( Nora Fatehi ). Rajeev’s curiosity ark’s of knowing this lady in his past when she tells him ” you have not changed“. Rajeev’s wife could not make it to his birthday party as she is away taking care of her ill grandmother.

Meanwhile, during the party, Rajeev falls for this attractive lady Sandy and they end up making love. Midway during their intimacy Sandy ask him to stop urgently in between after seeing a photograph and in the process, she falls and hurts herself fatally. Rajeev gets terribly panicked and drinks himself to a stupor and finally falls asleep.

Rajiv wakes up the next day and he realizes that he had seen all the happenings in his dream. His birthday party is supposed to happen this night but as the day passes by he sees that everything accordingly happens in the same manner as it was in his dream. Rajeev also recalls and recognizes Sandy, as the same girl whom he had made out years ago when they both were very much younger.

Mentally disturbed Rajeev goes to meet Sandy at her hotel room after he finds out the things happening are exactly as same as he saw in his dreams. Rajeev does not want Sandy to come to his birthday party so he decides to make an attempt to request Sandy not to come to the party. Rajeev is shocked to see Sandy die when he pushes her in a manner that she bangs her head back on a glass top in her hotel room.

Rajiv somehow manages to escape but later he realizes that he had left his cell phone in Sandy’s room. He decides to get his phone and somehow manages to face the troublesome situation as he has to confront Sandy’s dead body back in the hotel room again but for his surprise, the room is clean and neat. He is flabbergasted to know that Sandy never checked in, into the hotel. In a confused mind state when he reaches his home, he is even more surprised to see Sandy alive and also witnesses his wife and children along with the guest who were away for their grandmother’s treatment.

TV Channels are already broadcasted My Birthday Song, that is by around May 2018. Even before TV Channels, My Birthday Song Full Movie Download will be available on some of the below mentioned Legal Streaming websites by the start of April 2018.

Where To Watch My Birthday Song Full Movie?

We sincerely do not support piracy and watching movies online or downloading it.
However, watching My Birthday Song from illegal from sites is against the Indian Copyright law.

Do Not Download My Birthday Song Full Movie From Illegal Websites

However, we strongly request not to download or watch My Birthday Song from these illegal websites. Furthermore, your activity will help thousands of families working in the Bollywood Film Industry in and around NorthIndia.

The government has banned the following websites which are trying to provide My Birthday Song Full Movie Download Illegally.