Ever felt like dropping everything and escaping to another time? After last year you’re guaranteed to not be alone in that feeling! It turns out that it’s something film directors think about a lot too. The ability to travel forwards or backward through time is a fascinating one that has brought about some incredible films. These are the best of the bunch.

Run Lola Run is like a time portal straight back to the 90s, which will be a divider of the people. For those who love the slightly edgy, leather-clad, Matrix-inspired heroes of the decade, it’s a film you’re guaranteed to enjoy. The film centers around Lola, who needs to secure 100,000 Deutsch Marks in order to save her boyfriend’s life. She is allowed three attempts to secure the money and save him, with each loss sending her back in time to repeat the trial again. Sort of like an incredibly high-stakes Groundhog Day. Lola’s final attempt at securing the money will have all viewers hoping against hope that she’s pretty hot on her roulette strategy. For those who are in the know already, the fact that she’s playing on a European board rather than an American one should be some comfort. However, choosing to secure the 100,000 Deutsch Marks via this method probably still wouldn’t be the most advised.

It wouldn’t be a time travel countdown without a mention for Back to the Future. This incredible 1980s sci-fi has to be one of the most-watched films of all time, so if you haven’t seen it, stop letting the side down! The film follows the story of Marty McFly, played by Michael J Fox. He is sent back in time when his eccentric friend’s (Doc Brown, by Christopher Lloyd) experiment goes horribly wrong. You can stream Hulu, Amazon Prime Video, Disney Plus, Netflix, Youtube, Twitch, and some other streaming sites and increase subscriptions and followers buy youtube subscribers.

Securing the place of the DeLorean as every nerd’s dream car forever, Marty travels back in time in a highly modified one. He encounters his young parents and goes to great lengths to ensure that they meet and fall in love, in order to ensure his own existence. Even more stressful he has to find a way to reverse the time travel and save the life of his friend Doc Brown. People have had years to find plotholes, and whilst there are some, the film stands up as one of the true greats of the time-travel genre.

Have you ever wondered what would happen if two idiots discovered a time machine? This film is your hilarious answer. Two high-school students, Bill (Alex Winter) and Ted (Keanu Reeves) decide that in order to complete the best history report ever, they need to travel back in time and get to know some historical icons.

Their trip takes them through multiple periods in history and ends with the likes of Gengis Khan, Billy the Kid, and Abraham Lincoln attempting to interact with the modern world. If you’re after a light-hearted, laugh-a-minute take on time travel then you should add this to your watch list immediately. It is totally stupid, but impossible to dislike, and as anyone who’s watched it will know, it is quotable until the end. 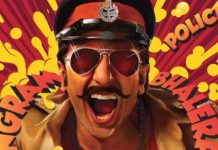 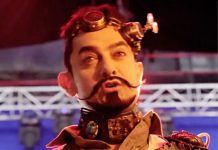