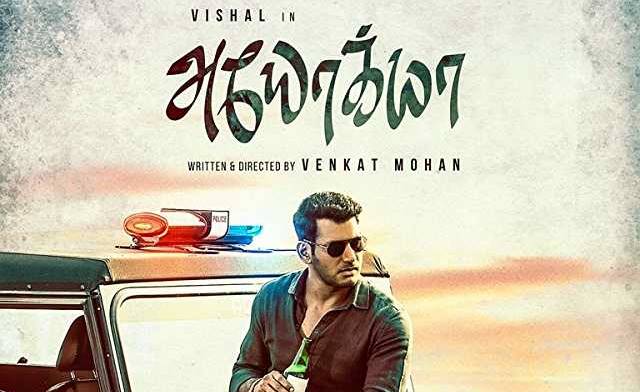 We know that Vishal fans were waiting for “Ayogya” from a very long time. But, it turns out that, they’ll need to wait a bit longer. The movie was scheduled for 10th May release but, at the last moment, “Ayogya” was postponed. The directors actually didn’t open up about the actual reason for the movie getting delayed. But, we saw a few other Tamil movies getting delayed due to financial issues. So, for “Ayogya” that might be the exact same issue. Though, that’s just our assumption as of now.

The story walks us through the life of a police officer who is fighting against crime for his duty & love. In the process, the officer will also change completely as a human being. So, there is definitely enough variety to the story. Also, Vishal does have a huge fanbase. If we combine these facts then, the director Venkat Mohan may just have a winner in his hand.

However, as “Ayogya” Was Postponed just before its release date, many fans were definitely not happy. Whatever the reason for this delay is, team Ayogya must resolve this as soon as possible.

Alongside Vishal, the movie features Raashi Khanna & Parthiban as the lead cast. That’s a pretty intensive cast and we’re confident that the movie is going to be pretty good. But, the team needs to solve their internal issues and release the movie as soon as possible.