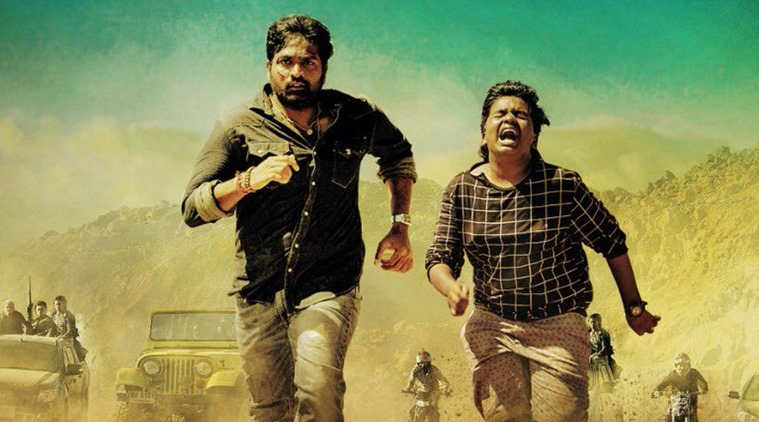 Sindhubaadh is Vijay Sethupathi‘s upcoming movie, but we are not sure when it will release. We are saying this because the High Court (Hyderabad) has passed a stay order for the movie. Not only Sindhubaadh but also other movies like Ennai Nokki Paayum Thotta and 100 has got a stay order form the Hyderabad court. Why Does The Tamil Movie Sindhubaadh Get A Stay Order?

The film Sindhubaadh has Vijay Sethupathi and Anjali in the lead and is directed by Arun Kumar. The reason for the movie Sinhubaadh getting a stay from Hyderabad court is because of some unsettled dues, Financial dispute, and clearances. The production house has to pay approximately 16 Cr to the satellite rights. Despite the stay, the filmmakers are confident of releasing the movie in the second week. The Movie went on floor in the month of May 18 and was supposed to release by 16 May 19.

On the other hand, Ennai Nokki Paayum Thotta has also been delayed and the reason is the same.

Also in this week movie, 100 could not be released due to stay from a production house for the settling of charges of nearly 1 Cr. The reason for the delay in release is causing a lot of panic in the production houses. This is a very important time with the release of multiple movies like 100, Ayogya, Kee, Neeya 2

Also, if you want to say anything about Sindhubaadh Gets A Stay Order to feel free to discuss in the comment below.