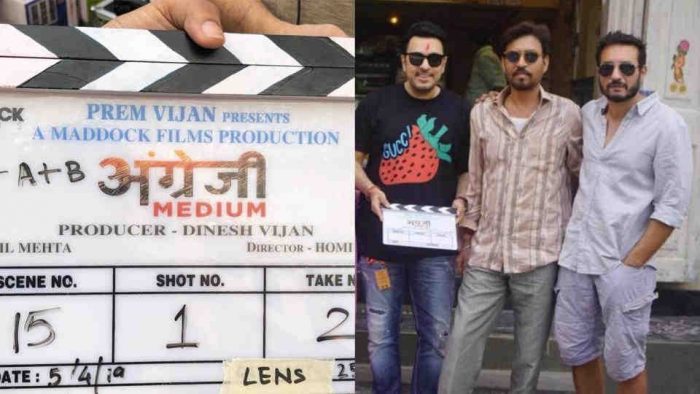 GMB serving since 1900s It’s going to be fun to tell another story #AngreziMedium.

The upcoming film is also grabbing attention because Kareena Kapoor Khan is also acting a part of the film. Recently actor Radhika Madan revealed through her Instagram post that Bebo was indeed in the film. Director Homi Adajania simply cannot stop thanking Irrfan Khan after the shooting for the film is over. He shared the Instagram post and where Irrfan Khan can be seen resting against the shoulder of the director. See his Instagram post: