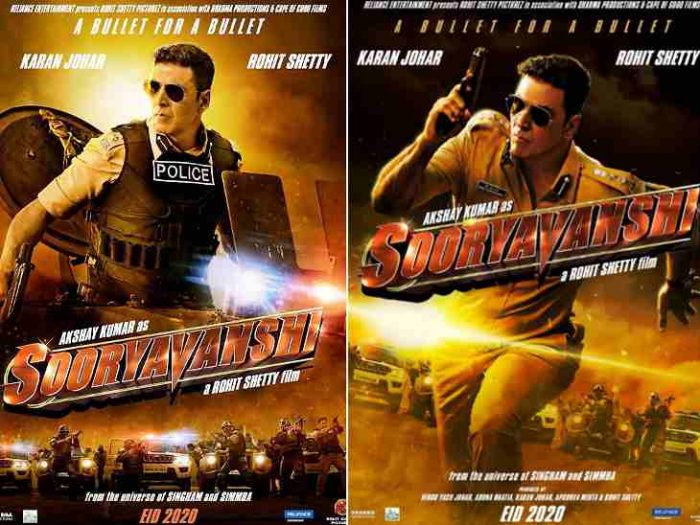 Sooryavanshi is an Action Drama movie that will be released in 2020 and after the success of Mission Mangal now Akshay Kumar started the shooting for the movie. The movie was finalized the post-credit scene was shown in Bollywood Blockbuster movie Simmba. In the scene Ajay Devgan calling to Akshay for his new mission after that the movie is trending. After Ajay Devgn and Ranveer Singh, Akshay Kumar is joined Rohit Shetty’s next Cop Drama movie Sooryavanshi.In the below-mentioned article, you will get the information about Sooryavanshi Full Movie Details.

The film Sooryavanshi was supposed to release on 24th March 2020 but due to Pandemic COVID-19, it is postponed. The makers of the film are not yet decided on the release date of Sooryavanshi movie but we can expect that movie will get released this year. In fact, the filmmakers of the Sooryavanshi movie have a big plan to launch Tip Tip Barsa Paani Song which is recreated from Mohra Movie.

Dont know but i feel after the postponement of #inshaallah , #Sooryavanshi will release on EID 2020 with Salman Khan joining the rohit shetty cop universe, as salman said he will see you on eid 2020.

Reliance Entertainment has published the trailer of the Sooryavanshi movie trailer on Youtube. Since the trailer published on March 2, 2020, it has reached 90 million views in just 2 months.