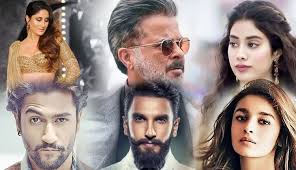 Once again Karan Johar comes up with the multi-starrer upcoming Bollywood Action Drama Takht Movie in 2021. In the lead roles are Ranveer Singh, Anil Kapoor, Alia Bhatt, Anil Kapoor, Vicky Kaushal, Kareena Kapoor Khan, and Janhvi Kapoor. The last film of Karan Johar’s Kalank movie was not successful at the Box Office but we can expect that Takht movie will do the good business at Box Office. Karan Johar has directed the movie under his home production house Dharma Productions. In the below-mentioned article, you can find detailed information about Takht Full Movie Coverage.

The filmmakers of the film Karan Johar and the producers of the Film Hiroo Yash Johar and Apoorva Mehta have announced that the movie will get released on 24 December 2021. Currently, there is no official update extending the release date of Takht Movie due to Pandemic COVID-19 as the shooting of the film postponed. We can expect that Takht movie will get released as per the schedule.

The first photograph of the Takht movie took place in March 2020 and the shooting started in April 2020. Due to Lockdown in India and pandemic COVID-19, complete Bollywood Industries has to postpone their shooting dates. In fact, there is no official announcement on when the shooting for Takht Movie will get resume but we can expect that it may resume after July 2020.

The first motion Poster of Takht movie is out and the movie will get released in 2021.