Even if you have never seen Indian films, then you probably associate them with dances, songs, and lovers who finally reunite at the end of the film. But have you ever thought about the history of this industry? Have you ever thought about how Bollywood broke into the leading lines in the number of films produced per year? It’s time to get acquainted with the history of the development of the Hindi cinema.

The Beginning of the Film Industry in India

Cinema in India dates back to 1913. Then the first feature movie called “Raja Harishchandra” appeared on the big screen. The producer of this picture was Dadasaheb Phalke. It is believed that he gave an impetus to the birth of the Hindi cinema as such. And this is really so. In the period from 1913-1918, he directed the filming of 23 films. But despite the early start, the film industry developed much more slowly than Hollywood.

The beginning of the 1920s marked the emergence of several production companies. Most of the films produced during this period were historical and religious. But soon the industry had to endure the change.

Indian viewers liked Hollywood movies, which were mostly action movies. The producers had to quickly adapt to the audience. Nevertheless, over a decade, episodes from mythology and classical literature, such as “Ramayana”, were also actively filmed.

Soon color films and animated films began to appear. During this period, giant cinemas began to appear as well. Also, the audience began to grow, as many were able to afford a visit to the cinema.

During the Second World War, the number of films was significantly reduced. The main reason for this was the limited import of movies and the current time limit on the duration of the movies. However, the number of viewers did not decrease.

In 1947, the film industry in India underwent significant changes that gave birth to the canons of a modern Indian movie. Historical plots began to be replaced by plots where the ancient foundations of society were criticized. In 1950, filmmakers began to focus on the life of the lower classes and create more interesting titles.

In 1960, a new movement was born in Indian cinema. The founders of the new wave were directors Mrinal Sen, Rai, and Ritwik Ghatak. Films during this period became more realistic and aimed at understanding ordinary people. These films were very different from the films that reflected wealth and luxury.

A template film of the time is “Masala”, where a mixture of comedy, melodrama, and action is traced. Six musical and dance numbers were added to this “genre cocktail”. The reaction of the audience was stunning, so this mix can be traced in modern Indian films.

Hindi Movies: What We Know About Them Today

Manmohan Desai is considered one of the most successful directors of the 70s. He was inclined to believe that the film should help viewers forget about sadness and transfer them to a parallel reality where poor life is considered to be a utopia, but there is only a benevolent fate.

In fact, modern Hindi films remain the same. Of course, today more and more attention is paid to the plot, dramatic component and heroes, music and dancing remain integral attributes of Indian films. Hence, filmmakers edit or even proofread the script. But like in all modern films, the cast plays an important role in the success of the film. And modern Hindi cinema is no exception.

Indian cinema is something unique and this can be seen from the appearance of the first film. Movies surprise with their sincerity and musical component. Indeed, every film relies on vocals, dance, and music. Even movie soundtracks are released before the premiere, which is rather unusual for those accustomed to Hollywood cinema. 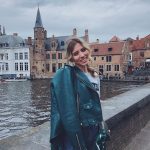 Anna is a specialist in different types of writing. She graduated from the Interpreters Department, but creative writing became her favorite type of work. Now she improves her skills while working as a freelance writer for Pick The Writer, Writing Judge to assist a lot of students all over the world and has free time for another work, as well. Always she does her best in the posts and articles.