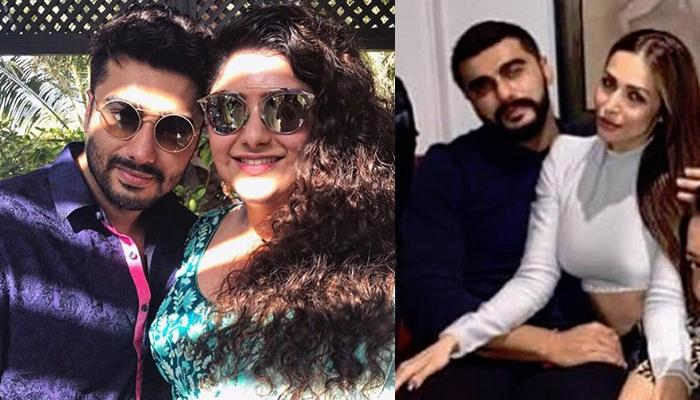 India’s Most Wanted is an upcoming thriller movie starring Arjun Kapoor in the lead role. Directed by Raj Kumar Gupta and produced by Fox Star Studios. The movie will release on 24 May 2019. In this article read India’s Most wanted – Arjun Kapoor’s Girlfriend And Sister Together At Screening.

The movie is creating a lot of hype in the media currently and to add to it so-called girlfriend of Arjun Kapoor, Malaika Arora and Arjun’s sister Anshula Kapoor came together at the screening of India’s Most Wanted.

A Special screening where many of the Bollywood celebrities attended the screening. Media was also present at the venue and what grabbed their attention,

Malaika Arora and Arjun Kapoor’s sister attended the screening together and raised a lot of questions in our mind. The Two looked great and it was an amazing feeling to see them together. While Malaika Arora looked stunning as always in a blue long sleeve dress and with open hair.

The two important women rise a lot of questions and we wonder why  Arjun Kapoor’s Girlfriend And Sister Together At Screening.

This movie India’s Most Wanted is one of the many films Arjun is doing which will surely make him as one of the most sought after actor in the industry.