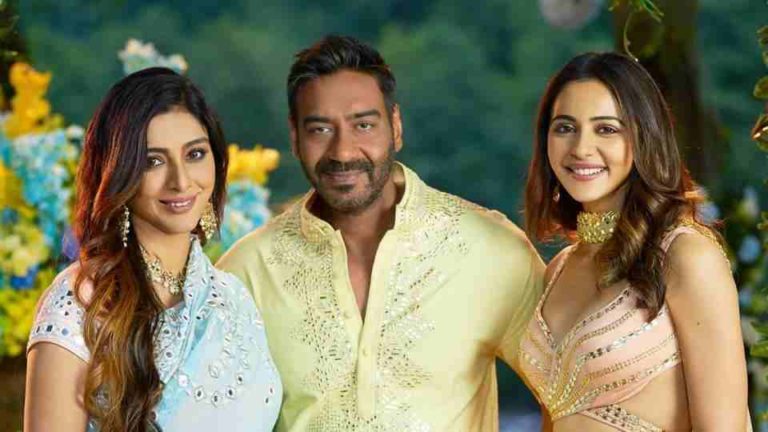 De De Pyaar De is the upcoming Bollywood Movie (release: 17 May 2019) and there is a lot of controversies going around. After Cheeni Kum, this is the 2nd Indian movie showcasing a love between an old man and a young woman. In fact, there has been a lot of explanation going around the movie. Some said this movie is promoting Sexism, but the story of the movie is quite different.

Recently on one of the interviews, Tabu spoke about the movie. In fact, she explains that De De Pyaar De is not promoting Sexism, but it is a pure entertainment movie.

According to the trailer

If you have seen the trailer, you can easily spot that the movie highlight comedy and nothing else. The movie showcases the love between a 50 years old man and a 25-year young lady. Things start getting complicated when the young lady (Rakul Preet) meets Ajay‘s ex-wife during long summer vacation.

This, in fact, created a lot of confusion between Ajay and Rakul who were in love with each other. During this journey, a lot of comedy scenes happen which is the key USP of the movie. We also believe that all the controversy going around the movie can be one marketing strategy to keep people engaging with the movie.

In one of the Interviews, Tabu said “I enjoy doing good work. I don’t discriminate between films. I love doing masala films with its song-and-dance routine, but I won’t go out of my way and approach a director for it”