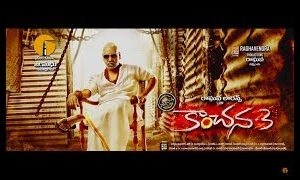 Kanchana 3 is a 2019 Tamil horror comedy directed by Raghava Lawrence, whereas produced by Kalanithi Maran. Raghava Lawrence will be seen in the lead role along with Oviya and Vedhika, whereas Kishore, Kabir Duhan Singh, Soori, and Kovai Sarala have performed in the supporting roles. Screenplay and Music are done by Raghava Lawrence and Doopaadoo. In Kanchanna 3 we will see Raghavaa playing an Occultist, helps a villain who is getting threatened by a ghost. After Raghavaa plans to help the villain he comes across all his bad deeds, which forces him to change his decision. Apart from comedy, we will also notice some great action scenes in Kanchana 3, which is quite different from the last 3 movies. Below in this article, you will find details about Kanchana 3 Full Movie Download and where to Watch Kanchana 3 Online.

The initial frame of this movie shows a man named Bhavani who is killed by Kali. Later, two Russian Exorcists comes to a rich man whose 2 daughters are possessed by ghosts. Later, it becomes clear that the ghost who has possessed them is Kali and Rosie. Soon after they are captured, the exorcists place the ghost in a nail and trap them inside a tree.

Introduction to Raghava & The Ghost

Raghava and his family are planning to visit his village to attend his grandfather 60th marriage anniversary. During their journey, they plan to take a food break & end up sitting under the same tree. Accidently the nail drops in Raghava’s bag.

Later, when Raghava and his family reach his grand father’s place, all the girls want to kiss Raghava. In fact, Ragahava’s 3 counties, Kaviya, Priya and Dhivya are shown madly in love with Ragahava. On the same night, Raghava’s niece is shown in the kitchen, where Raghava’s mother and she notices a spirit, but they ignore thinking it as their false vision.

In fact, everyone gets to know about the bad spirit during a Pooja when something inauspicious happens. Hence, everyone plans to visit a temple.

When Everyone Gets to know about Kali and Rosie

On the next day, the entire family visits the temple. As soon as they enter the temple, the Aghori sense some evil power and give then a Thirisulam. In fact, on the same night when one of Raghava’s cousin to seduce him, but gets thrown away. This is when everyone gets to know that Raghava is possessed by the ghost.

On the same night, Raghava’s mother goes to the Aghori and calls him home. Aghori asks everyone to stay out so that he can manage to capture the ghost. A few hours later, the Aghori comes out saying that everything is alright. Later as the day passes, everyone gets to know that Aghori has misled them.

When everyone visits the Aghori and ask about his lie, he starts telling the story of Kali and Rosie. Kali’s mother, Radha who runs an orphan is dead and now everything is on Kali’s shoulder. Now, Kali along with Rosie plans to run the orphan. Things were fine in their life until Bhavani a known politician enters their life. Bhavani offers Kali 100Cr of Black money to the Orpah to escape the Income Tax.

Kali being an honest man refuses his offer. Getting the rejection from Kali, Bhavani takes help of Shankar to kill everyone including Kali and Rosie.

After hearing Kali’s story, Raghava’s family ask Kali and Rosie to kill Shankar. In the end, when Shankar gets killed Raghava and his family stays happily.

In fact, Kanchana 3 Full Movie Download will we available on legal streaming websites by September.  Soon after the release in Theater, Kanchana 3 will appear in TV channels. Hence, we request everybody to not support the illegal download of movies.

Kanchana 3 is a recently released movie. Hence, it might take around 3 to 4 months for the movie to release on legal streaming websites. Which means, you can watch Kanchana 3 Full movie online after August 2019.

Below, you can find the list of legal streaming websites from where you can watch Kanchana 3 Full movie online.

Yes, you can watch Kanchana 3 Full Movie Online free, but you need to wait for a couple a year. This is because new movies take around a year to appear on free legal streaming websites. In fact, if you see any other websites that are streaming Kanchana 3 Full movie online free, then these are illegal.

The free legal streaming websites to Watch Kanchana 3 Full movie for free are:

Similar to the 1st Part, the story of the movie is quite similar. The only difference here is that the entire movie is focused on making the lead role awesome. As a result, the movie story could not reflect what they actually going to say.

Raghava is at its best again showing his style of comedy and will definitely make you laugh. On the other hand, Oviya and Kovia are the other two actors that add a lot of value to the movie.

The Screenplay does play a very important role. Even after having a similar storyline, from Part 1st and 2nd, the Screenplay and narration make the movie feel fresh.

If you have watch other parts of this movie, then you can connect to Kanchana 3. Or else, this might be just another horror comedy movie to you. For the 1st time watcher, this will be a very different experience. Overall, Kanchana 3 is a one-time watch movie. 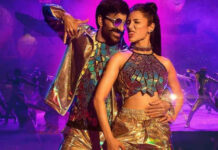 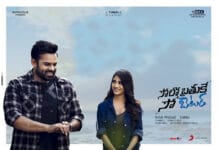