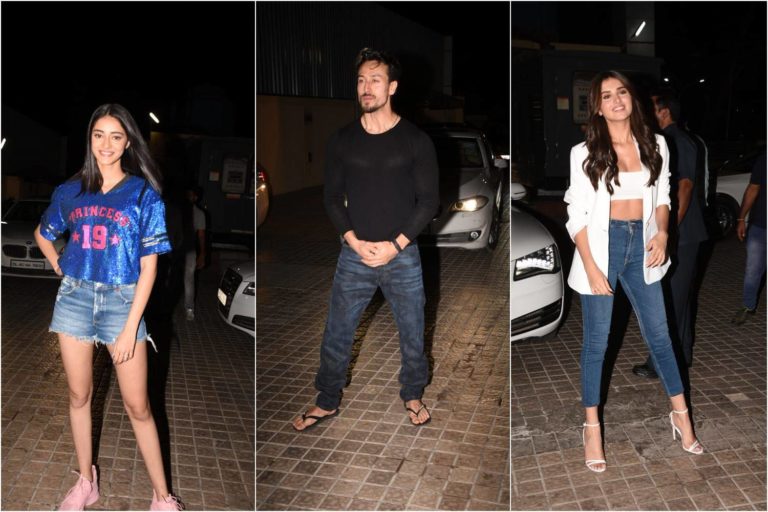 The cast of Student Of The Year 2 appeared for a special screening that took place in Mumbai. Tiger Shroff, Ananya Pandey & Tara Sutaria appeared on the venue with their respected families & friends.

The movie has already created a great hype in the industry & is currently under the pressure to live up to the legacy of its 1st iteration, Student Of The Year. Karan Johar wasn’t seen anywhere in the screening event but his mother Hiroo Johar did appear there. Jackie Shroff & Ayesha (Tiger Shroff’s parents) were also spotted during the event. Ananya Pandey & Tara Sutaria were seen with their close ones & director Puneet Malhotra was also present at the venue.

The movie narrates the story of a bunch of College students just like the previous one. In fact, the new part of Student Of The Year has a different story. So, the story won’t match its predecessor which is great news. Also, at the same time, it raises a bunch of questions on the table. There are mixed reactions between the public because that new storyline might just crash the expectations of the people who want this to be like it’s the previous iteration. Can Student Of The Year 2 sustain that legacy? Well, we’ll know this Friday when the movie hits the big screen.