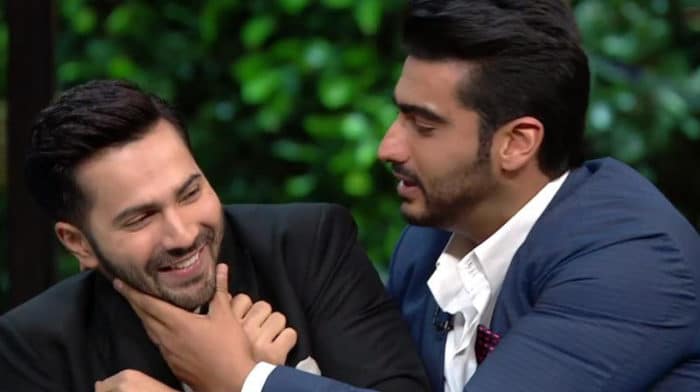 India’s Most Wanted is a much awaited and anticipated patriotic movie starring Arjun Kapoor in the lead role. Directed by Raj Kumar Gupta and produced by Fox Star Studios, Raj Kumar Gupta and, Myra Karn. The Movie is releasing on 24 May 2019. In the article read What was Varun Dhawan’s Response To Arjun Kapoor?

As the movie is about to release, Arjun Kapoor has started a campaign to shoutout for the India Armed forces. Arjun Kapoor shared a post on a social site and asked all his Bollywood colleagues(Fellow Actors) and his fans to support him for his campaign.

Arjun has shared a video of himself and wrote,

On the above quote Actor, Varun Dhawan responded to the request and also put a video on the social site and wrote,

Below was Varun Dhawan’s Response To Arjun Kapoor?

Giving a huge shoutout to the initiative taken by Arjun, he can be heard saying, “Thank you Arjun for reminding me that there is no special day or theme needed to thank our heroes. Especially our unsung heroes, our heroes who remain undercover, who help us remain a democratic country. Today I should say, a big thank you to you guys, Jai Hind. Vande Mataram.”

The social movement has got great support from the Hindi film fraternity and surely looks a movie to watch for.