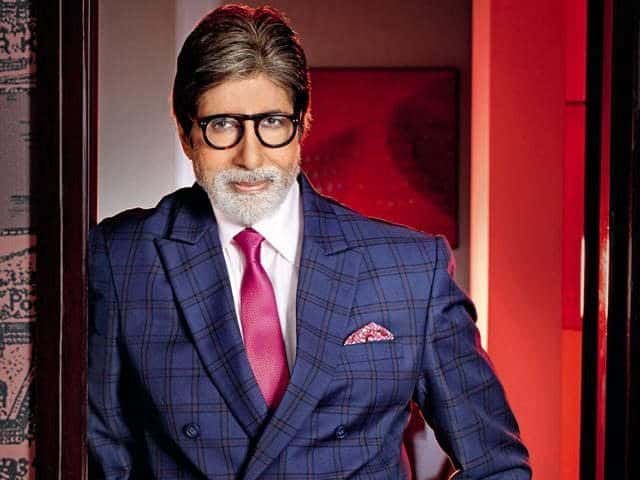 Amitabh Bachchan the Shahenshah of the Bollywood film industry is busy as always with a lot of movies in his bucket. And looks like will be busy for the next two years. The legendary actor has already worked in Tamil as well as Telugu film industry. Amitabh Bachchan is about to make his Marathi debut and is quite excited about it. Amitabh Bachchan Marathi Movie will be releasing soon, but the details are yet to revel. As of now, we only know that move he will be working in named “AB Ani CC”

Amitabh Bachchan the Megastar now will be acting in a Marathi film titled AB Ani CD which is a family drama-comedy movie. Direction by Milind Lele the movie also stars legendary and versatile Vikram Gokhale. The movie AB Ani CD as explained by the producer Akshay Bardapurkar says,

About AB Ani CD the Movie :

All we know about the movie is that it will be a comedy movie featuring Big-B and Vikram Gokhale. Looking at the title, we believe that the movie is based on education. On the other hand, it does related to Amithab Bachchan as we are seeing him promoting a lot 9of education campaigns.

The Producer, Akshay Bardapurkar of this movie said, “AB is, of course, Amitabh Bachchan and CD is Chandrakant Deshpande, enacted by Vikram Gokhale. Mr. Bachchan plays himself, a superstar in his 70s. Vikram Ji’s character’s family is planning a bash for his 75th birthday in this family comedy, which encompasses the journey of the leads who have known each other for well over six decades.”

About Signing the Film :

The Producer said, “I narrated the script to him two months ago. he loved it and on Vikram Gokhale’s request, immediately accepted the film as he has not ventured into this territory before. But we have to rush to get this done now because, after July, he is not free for six months. At this point, it’s only going to be in Marathi. Maybe at a later stage, we could consider remaking it in Hindi.”

Mr.Bachchan has previously once made a guest appearance in the movie AKKA. He has also collaborated with Nagraj Manjule of Sairat fame for a movie titled “Jhund”.  As of now, Amitabh Bachchan is quite excited about his Marathi debut and so are we.