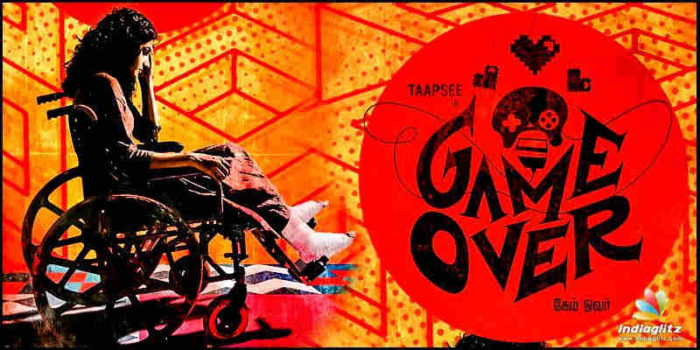 Game Over is an upcoming mystery thriller movie directed by Ashwin Saravanan and produced by S. Sashikanth. Game Over is a bilingual movie releasing in Tamil and Telugu languages. Also, we will see Taapsee Pannu plays the lead role. Currently, Game Over Teaser is out and we are going to see more about the movie in this article.

Tapsee loves doing different roles and has created a niche for herself in the industry. With Game Over we will see her again in an important role of her career. Tapsee Pannu has always experimented from romance to action she has done it all.

What Do We Know About Game Over?

The teaser of the movie was released and it shows Tapsee Pannu as a Wheel Chair bound Gamer of unknown identity. The Movie is releasing on 14 June 2019.

The teaser features the text “We all have two lives; the second one starts when we realize we only have one”.

The text creates a lot of mystery involved and Tapsee Panuu is just awesome in the teaser.

Movie Director Ashwin Saravanan had his share of words when asked about the movie and the actor he said,

“This movie will feature very few characters”, Ashwin said. “Ever since I saw ‘Pink’, I’ve wanted to work with Taapsee. I’m glad everything fell in place for this project and I’m excited to be working with her. She is someone who is not really screen-conscious and can really get under the skin of a character,” Ashwin Saravanan said in an Interview.

All in All the movie looks an amazing show from down south and will surely keep everyone on the edge of their seat.  So we should all be ready for Game Over- What Taapsee Pannu Has To Give!.