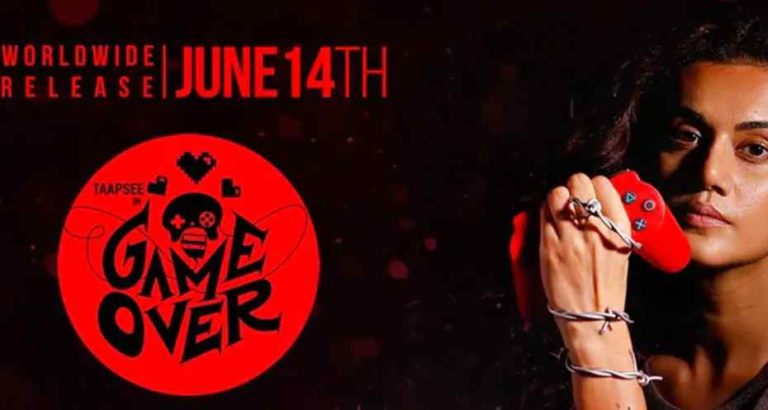 Game Over teaser was released a few weeks back. In fact, Game Over Trailer teaser is released and it looked quite promising. Also, the movie is getting released in 3 languages that are Tamil, Telugu, and Hindi. On the other hand, the movie is directed by Anurag Kashyap. Game Over is going to be Taapsee Pannu‘s 2nd movie with Anurag.

Looking at the trailer, it becomes clear that Taapsee is facing Anniversary Reaction disorder. Now, she has issues with dark and is getting negative dreams every time she tries to sleep. Also, this disorder makes her afraid of the dark.

Taapsee Pannu in yet another crime thriller and we have no complaints, Even, The 31-year-old actress just dropped the full-fledged trailer of her new film Game Over, it is nail-bitingly scary. While the teaser of the film, released earlier month. The trailer made us believe that Taapsee is being haunted by supernatural forces in the movie, the Game Over trailer elaborates on it while keeping the mystery alive. The Game Over trailer begins with a silence-shattering scream by Taapsee Pannu and then quickly switches to scenes

At first glance, you might think that the movie is a horror movie, but the case is different. This is a pure thriller movie, where we will see how Taapsee is going to get over it. Apart from that, no other information is shared related to the movie.

As soon as we come across any information related to Game Over, we will update you here. hence, request you to follow us to get regular information.