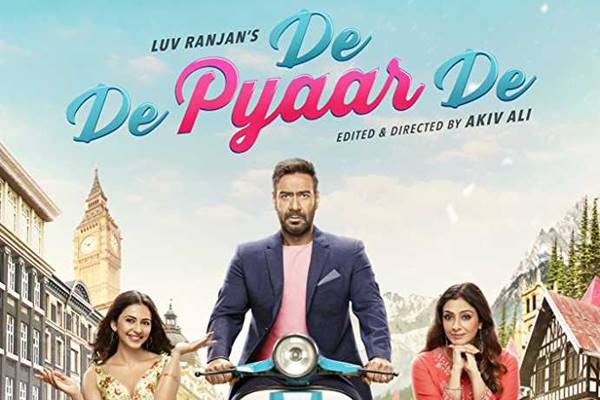 Ajay Devgn’s “De De Pyaar De” movie has already created quite a buzz among the audience. The trailer & the songs were highly welcomed & now another addition to that song list is coming. A new song from the movie called “Mukhda Vekh Ke” is all set to debut tomorrow.

Previously T-series released 4 songs from the movie. These are called “Vaddi Sharaban“, “Tu Mila To Haina“, “Hauli Hauli” & “Chale Aana“. “Mukhda Vekh Ke” will be the fifth one to join the alliance.

“De De Pyaar De” is one of the top contenders for the best Bollywood comedy movies of 2019. The trailer has already taken the public by a storm and each & every song is adding up to it. The lead cast includes Ajay Devgn, Rakul Preet Singh & Tabu.

The story circles around a middle-aged man who falls in love with a woman almost half his age. The issues start when he reaches to his family home with his girlfriend. The appearance of his Ex-wife puts a new twist in the story. So, till now it looks like “De De Pyaar De” has a lot in its bag. Will it be as good as our expectation though? Well, we can find that out next week. “De De Pyaar De” is coming to the theaters on 17 May 2019.